Plant a tree in memory of Freddie
An environmentally-friendly option 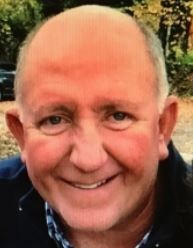 Freddie Lee Brown, 67, of Richmond, Kentucky, formerly of Rockfield, Kentucky, passed away at his home on March 7, 2021, surrounded by his family.
He was born in Scottsville, Kentucky on November 1, 1953 to Marie and Jack Brown. Raised on a farm in Fountain Run, Kentucky, he was no stranger to hard work and always maintained a farm in addition to a fulltime job. Fred joined the US Army and was stationed for a short time in South Korea before his honorable discharge in 1976.
Fred was surrounded by women, including his three daughters, Mary Elizabeth, Mallory, and Megan, and his two granddaughters, Mackenzie and Finley. He finally got a grandson, Mack, in 2019, and could not be prouder to finally have a boy in the family. He was never able to meet Maya and Kate, his two most recent granddaughters born on March 1, 2021, but he was so excited to be Poppy again.
Fred was the youngest of 10 children and is preceded in death by his parents, Jack and Marie Brown, as well as his siblings Aderene Osgatharp, Annette Douglas, Alice Ann Jones, Clifton Brown, and Jack “Junior” Brown.
He is survived by his wife of 37 years, Dale Jeannette Brown, and his three daughters, Mary Elizabeth Brown, Mallory Brown, and Megan Brown (Casey), as well as four granddaughters and a grandson.
Fred was known for his many sayings including “That’s the big deal!” and “Shake my hand if you want to go bear huntin!”. He will be remembered for his quiet sense of humor and quick wit when you least expected it. He lent a hand to anyone in need and never expected anything in return. He loved his animals and they loved him back. His generosity and hard work will surely be missed.
A Memorial Service will be announced at a later date.
In lieu of flowers, donations in memory of Mr. Brown are suggested to either: Hospice Care Plus, 208 Kidd Drive, Berea, KY 40403, or UMCOR, PO Box 9068 New York, NY 10087-9068.
The Combs, Parsons & Collins Funeral Home, Richmond, is in charge of the arrangements

Plant a tree in memory of Freddie by clicking here.
To send flowers to Freddie's family, please visit our floral store.

A service summary is not available

Plant a tree in memory of Freddie
An environmentally-friendly option

Plant a tree in memory of Freddie

Be the first to share your favorite memory, photo or story of Freddie. This memorial page is dedicated for family, friends and future generations to celebrate the life of their loved one.

We ask on behalf of the family that you keep your comments uplifting and appropriate to help all who come here to find comfort and healing.

Plant a tree in memory of Freddie